South Philadelphia company Theatre Exile has nearly reached its $1 million fundraising goal to return to the location it once called home. The theater company, founded in 1996, is about 15% away from its capital campaign goal of $950,000.

The new, larger venue at 1340 St. 13th St. would allow Theatre Exile to rent out space for events and to other organizations, including dance companies and other theater groups, among others.

It’s a homecoming for the South Philadelphia theater company, which has struggled through some difficult years. Like many arts-oriented non-profits, it fell on hard times during the recession and fell into debt. It scrambled out in 2016, thanks in large part to producing artistic director Deborah Block.

But that same year, the building where it had been located was sold, with plans to raze and rebuild it as apartments and commercial space.

That left no room for Theatre Exile, which tried to buy the building. Block spoke with developers Noah Ostroff and Mickey Murray, and eventually all sides agreed to a plan to dig out the basement and allocate space for the theater’s return.

The capital campaign began December 2017 and, within a year, Theatre Exile raised nearly $800,000 in cash and pledges.

“That timeline was incredibly important,” Block said. “Once the lease was signed, we were no longer working in a not-for-profit rhythm, but on a developer’s timeline.”

“There was a moment when I had enough to start the construction, which was important,” she said. “I raised enough in pledges and donations to actually hire contractors and architects and get that going.”

Theatre Exile began paying rent in January and moved in this February. It’s on target to hit the $950,000 goal. The first $800,000 was put toward constructing the space, while the remaining $150,000 will go toward signage, additional chairs, lighting and sound equipment.

“I wanted [the new space] to be as flexible as possible,” Block said. Custom floors were added that would allow for dance companies to use the space.

Other investments include mezzanines on two sides, and multiple data lines so stage managers can be placed in various areas instead of a fixed tech booth.

During construction, Theatre Exile moved its offices to Our Lady of Mount Carmel and rented other spaces for performances, including The Drake.

Funding and engagement continue to be challenges for arts and cultural organizations. Block said a big focus moving forward will be engaging the community — both immediate and beyond.

“We all know that every arts and cultural organization must do their part in cultivating new audiences or our entire industry will tank,” she said.

“Now that we’re hunkered down, we can do the next level of reaching out,” Block said. Initiatives include Whisper’s Gone, a 55-minute, free outdoor performance in four Philadelphia parks.

“Even if half of the people [who attend] don’t step into the theater, we want to have conversations,” Block said. “If you look at our core values, it’s right there: as artists, it’s translating issues of the world and spark conversations.”

The theater company has three full-time employees, including Block, with plans to hire at least two more in positions that include production/facilities manager. 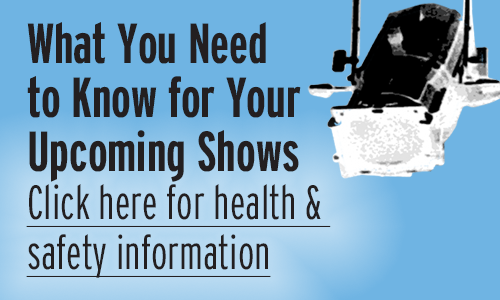