A young boys hero-worship of an Eagles Wide Receiver, turned friendship is brought to life for the stage.

Since 2016, Theatre Exile and director Joe Canuso have presented Philly sports journalism legend Ray Didinger’s debut as a playwright, “Tommy and Me,” three times. Like Exile’s “The Sports Fan” (written by Bruce Graham, performed by Tom McCarthy), the South Philly-based company has further mined a path all its own with a populist theater piece and sporting subject matter that has literary merit, along with guts and grace. 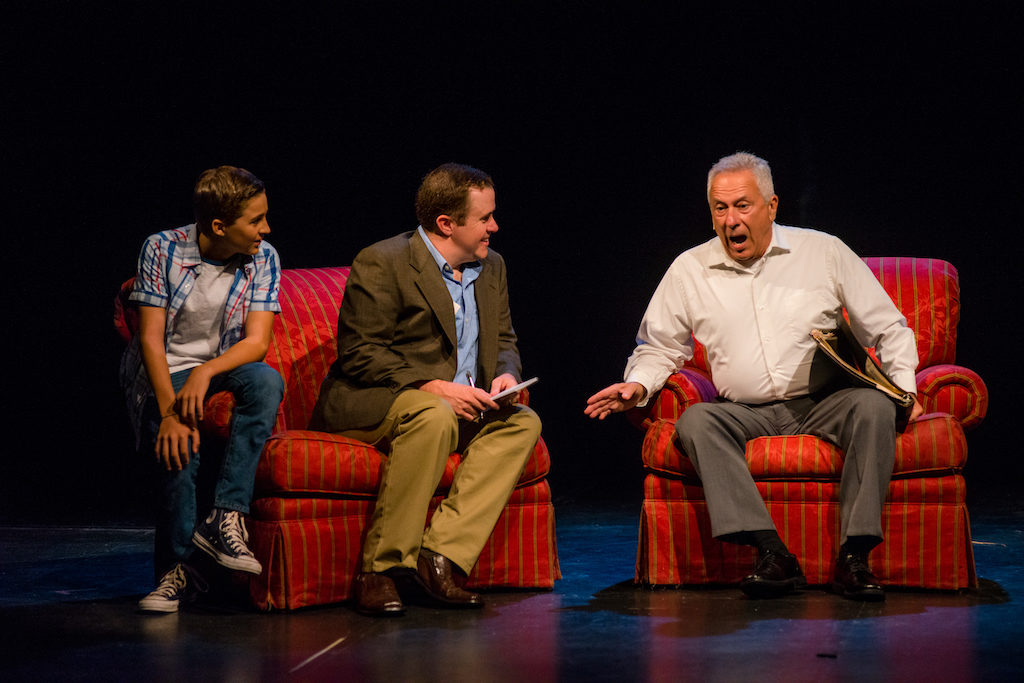 It’s an autobiography, and it’s hero-worship. Young Ray Didinger first befriends rookie McDonald during Eagles training camp, when McDonald lets young Ray carry his helmet. “Tommy and Me” also captures the pair’s later relationship, with McDonald becoming a Maxwell Award winner with 495 receptions for 8,410 yards and 84 touchdowns who retired in 1968. Then Didinger starts his sports-writing career in 1970 and builds a following, interviewing McDonald now and again. The two become topic and essayist without McDonald remembering the writer as his onetime helmet-toter, and without Didinger ever telling him that fact. 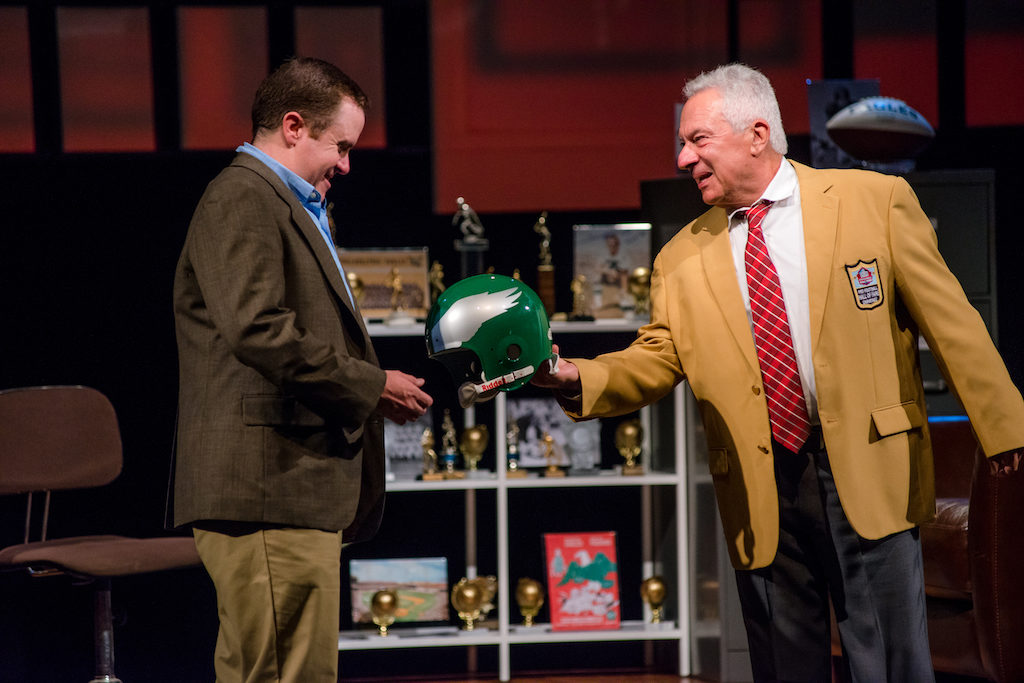 The tale of a young boy’s hero worship for a Philadelphia Eagles wide receiver Tommy McDonald (1957-64), a player beloved by kids as he stood at five-foot-nine, and that same boy’s quest to get his hero into the Pro Football Hall of Fame is the true-life tale of Didinger and McDonald. 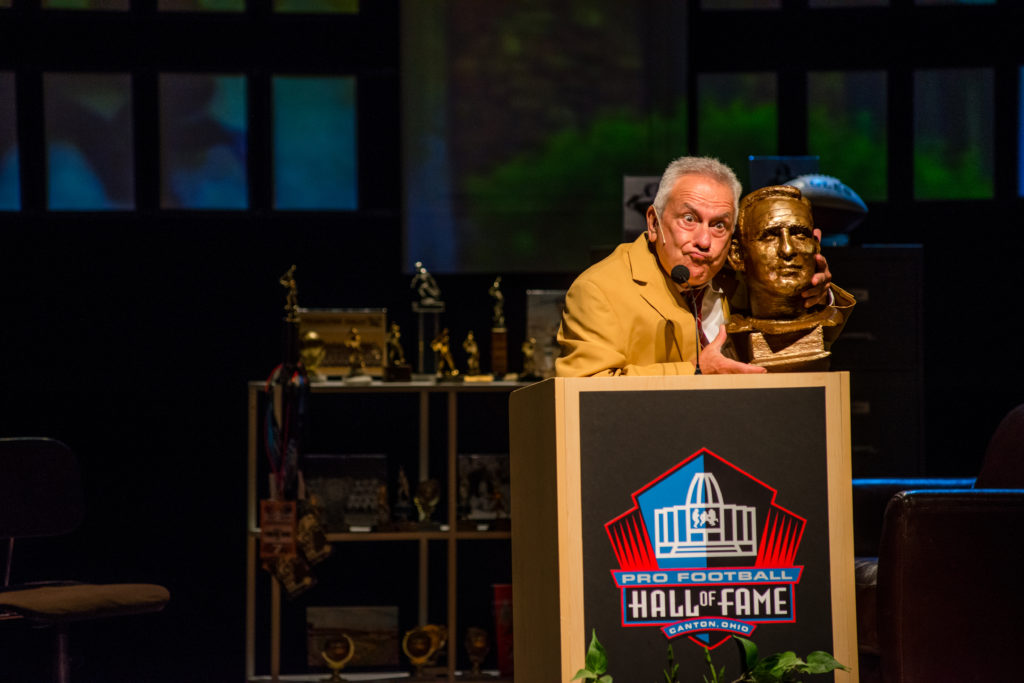 When “Tommy and Me” debuted, even in preview readings, McDonald was alive to hear the cheers of the crowd, and his glorious life brought back to the stage. Having witnessed all of its debuts, you could tell that McDonald was overjoyed and emotional. Now, its Philly audiences’ turn to truly become emotional as McDonald passed away on September 24, 2018, leaving both a legacy as a football hero and as a theatrical character. 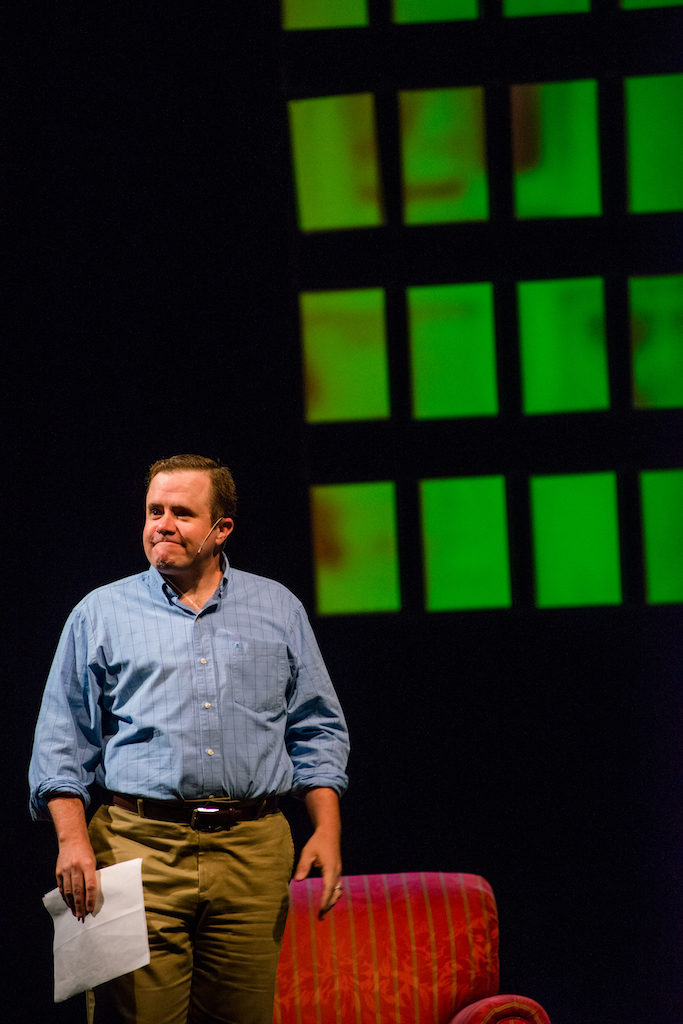