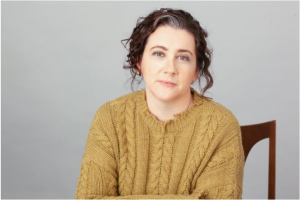 The playwright Jacqueline Goldfinger sat four rows up from the stage of Theatre Exile in South Philadelphia on a mid-February night, at a preview of “Babel,” her latest play. It was the first of five performances before the production officially opened Feb. 19 at the professional stage company’s spiffy new theater, rebuilt at the corner of 13th and Reed streets from an old cramped-but-cozy one.

Previews like the one Goldfinger was watching are essentially uninterrupted dress rehearsals, open to audiences who buy less expensive tickets than those on sale beginning with opening night. Seeing previews can be risky because the production — and also the play, if it’s a world premiere like “Babel” — can change and improve nightly until it actually opens.